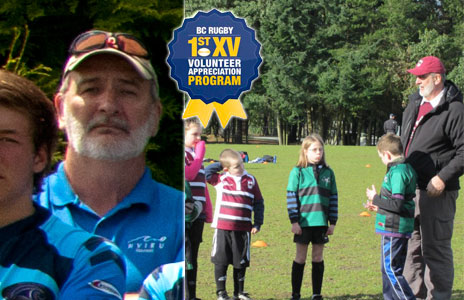 CLUB NIGHT this THURSDAY is a very special one….. Colin Chappell’s FAREWELL PARTY!!!

All good things come to an end, and in this case we say farewell to a long standing club leader- Colin Chappell. Colin first came to the Kickers in 2007 and has since been a driving force behind the growth and success of the …club. Colin has been the man behind the scenes devoting countless hours in developing our mini and youth programs from nothing to what they are today, coaching the women’s team for numerous years and getting it off the ground (which was never an easy task lol), he also sat on the executive board as Rugby Operations, and then Junior Rugby Operations. When not busy with the Kickers, Colin was a big part of the Tsunami Academy and served as the VP for Junior Rugby on the VIRU Board. A man who has given so much to us and the sport without asking anything in return, we ask that you join us for club night Thursday 8 pm. To show your appreciation and say goodbye to the “Godfather’ as he embarks on a new journey in life taking him home.                                                               In his honour there will be Guinness (of course) Food will be BANGERS and MASH!!