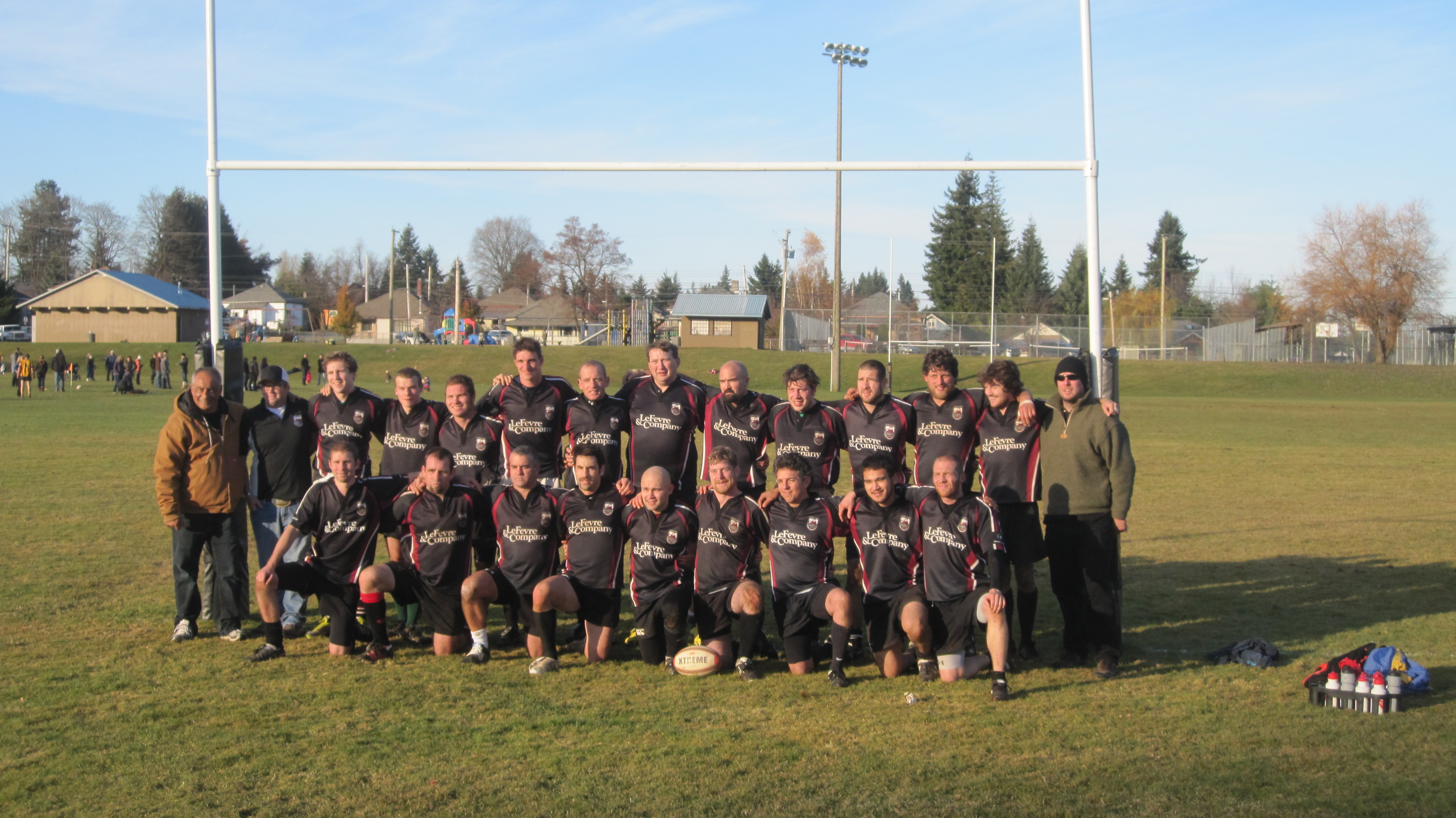 Last weekend the CV Kickers received trys from the Hextall brothers (4), Troy Mader(2), Eli Cummins(1), Vince Bennett(2), & Brandon Huddleston(1) coupled with 6 converts supplied by Konrad Nikkel on their way to a 63 point victory over Saanich Peninsula RFC. Mader looked as though he hadn’t missed a beat after being away for most of the the Spring season. It appears that Brandon Robertson has found his niche at the prop position. However Isfield high school student, Vince Bennett stole the show from the number eight position as he ran in 2 trys and almost snagged a third. No doubt he will be a force whenever his school plays throughout the year.