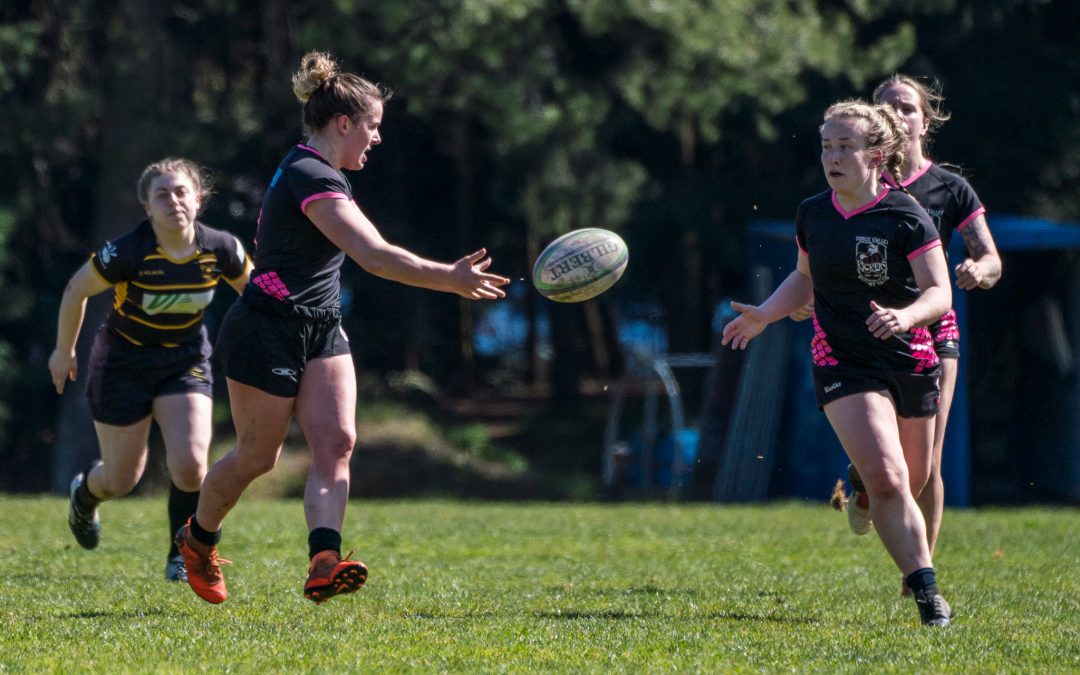 Both Comox Valley Kickers Rugby Teams were on the road to face off against the Nanaimo Hornets at May Bennett Pioneer Park this past Saturday.

“It was a very back and forth game with a lot of physicality. The tone was set early on that this would be a hard-hitting game. Both teams played hard and wanted to win, and it came down to who wanted it more” said team captain Natalie Nguyen.

“I’m proud of how the team played. Everyone has improved so much from the first practice and things that we have been working on all season were being executed.”

“It was a hard fought and physical game, that was well played on both sides. The tides turned against us when the scrums went uncontested due to Nanaimo not having a replacement front row player,” said team captain Kyle Hall.

“We were quite dominant in the scrums and going uncontested did not allow for us to utilize our strength.”

There is a league-wide bye for Easter, with playoffs beginning April 23.

Both the women’s and men’s teams are continually recruiting players.  No experience necessary. For more information, please visit comoxvalleyrugby.ca.