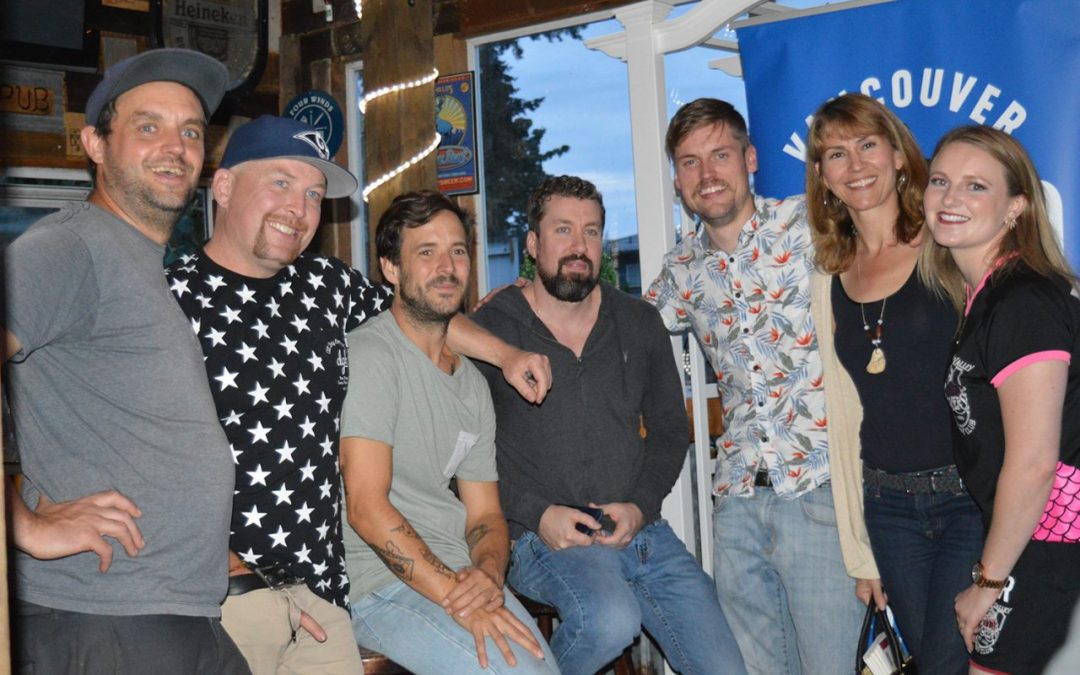 Roy’s Towne Pub shook with laughter on Thursday, August 22 as 175 people enjoyed No Pads, No Helmets, Just Balls: A Comedic Fundraiser for the Comox Valley Kickers Rugby Club. The event raised over $2,000, with the final total yet to be determined, which will go towards travel and equipment costs for the upcoming 2019/2020 rugby season.

This event was hosted by Erin Calder, a member of the Comox Valley Kickers Women’s team who is an up and coming comedian.

“The support we had from the community was awesome,” said Calder. “The response from the crowd was very positive. This event turned out to be one of the rugby club’s most successful fundraisers.”

The Comox Valley Kickers Men’s and Women’s teams are recruiting players for the season. Everyone welcomed. No experience needed. Practices are Mondays and Thursdays from 6:30PM – 8:00PM at Cumberland Village Park. For more information, please visit comoxvalleyrugby.ca or email cvkickers@gmail.com.