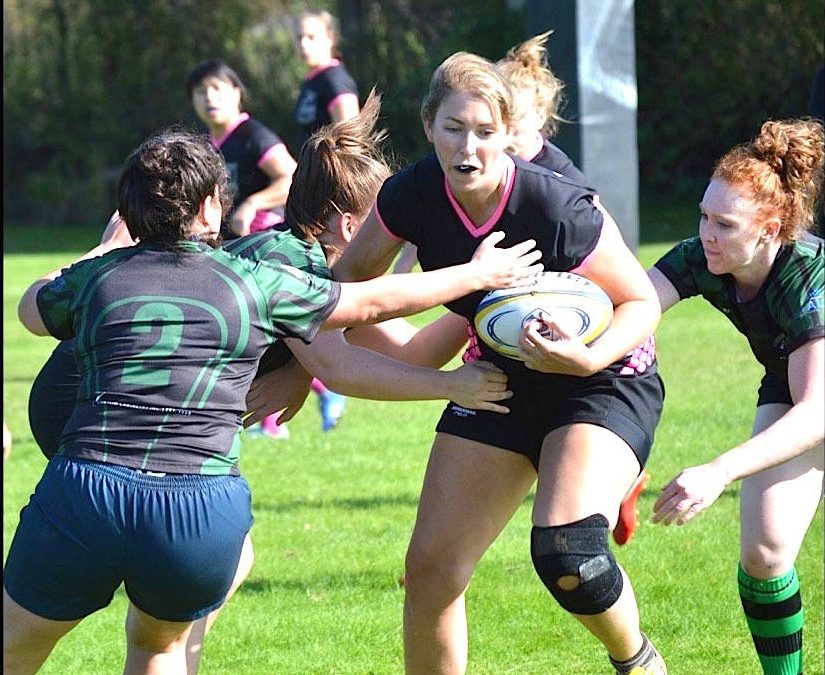 This past Saturday had double the rugby action as both the Comox Valley Kickers Women’s and Men’s teams travelled to the Cowichan Valley to face off against the Cowichan Piggies.

It was a game of endurance for the women’s game as both squads only had 15 players. The Piggies scored the first points of the game, but the Kickers quickly fell into their groove and answered back right away. The back line was able to use their speed which helped to create overlaps that they used to their advantage. Inside Centre Natalie Nguyen, Outside Centre Daris Tendler and Wingers Carrie Weekes and Béatrice Sylvain each scored once with Flyhalf Paula Simpson scoring twice and making 5 out of 6 conversions for a 40-15 win.

“It was a closer game than the score line indicates. Cowichan had some big runs. They were at our goal line for several plays, but we had a strong defensive stance and did not let them score. Once we were able to regain possession and relieve pressure, that’s when everything started to click. Our forward pack shined in the lineouts, winning all but a few and our back line kept on attacking,” said Kickers Coach JP Lussier.

“Cowichan is a more experienced and seasoned team. When we had possession, we ran well, and our set pieces were sound. With more practices and games under our belt, I believe that we will improve steadily. There were a lot of good takeaways from this game,” said Kickers Coach Dan Mills.

The men’s team ended up losing the game, 87-7. Inside Centre Devon Moore scored the only try for Comox Valley which was followed by a successful conversion.

On Saturday, October 5, the women’s team are on the road again, travelling to the Nanaimo Hornets while the men’s team will host the UVic Saxons at Cumberland Village Park.

Both teams are still recruiting players for the season. No experience needed. Practices are held at Cumberland Village Park on Mondays and Thursdays from 6:30PM to 8:00PM. For more information, please visit comoxvalleyrugby.ca or email cvkickers@gmail.com.