Kickers win and tie against CW 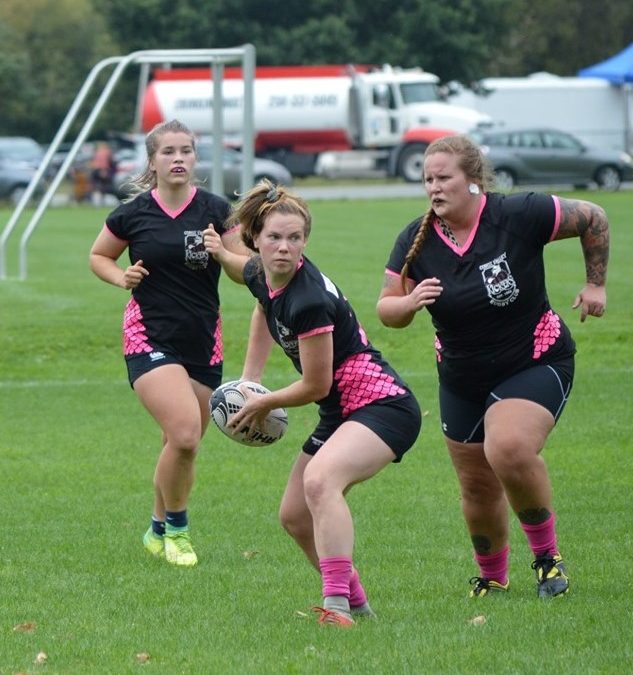 This past Saturday saw both Comox Valley Kickers teams playing against the Castaway Wanderers (CW). The women’s team hosted CW at Cumberland Village Park and the men’s team travelled to Windsor Park in Victoria.

It was a case of déjà vu for the women as it was the second time this season that these two teams faced off against each other. The Kickers won the previous game 45-29 and CW was out for redemption.  This was an exciting back and forth game full of big hits, long runs and sound set pieces.  After each score, both teams kept their foot on the gas pedal to keep the pressure on, making it a game of who wanted it more. The Kickers were able to take advantage of the opportunities provided and were able to move the ball in contact with support. Winger Carlie Beaulieu scored twice with Flyhalf Kara Galbraith and Flankers Michelle Johnson and Kaitlyn Jinda each scoring once. Scrumhalf Paula Simpson added two tries and successfully converted four kicks for a 43-30 win.

“This was a good game for us as it confirmed our strengths and exposed our weaknesses. We allowed CW to score back to back tries on us by missing our initial tackles. We need to be quicker in the rucks to maintain possession as when we had the ball, beautiful things happened. Our handling was on point and the backs utilized their speed to get the ball out wide to score. Our scrums were strong; we didn’t lose any of our put ins,” said Kickers Coach Thyssen de Goede.

“All in all, I am very happy with how the ladies played. Our next match up will have us travelling to Victoria to play against the Westshore Valkyries.  They will be strong competition, but I believe we will be up to the task.”

This was the first match between the Kickers and CW this season for the men. This was a very evenly matched game. Inside Centre Brandon Hudson scored a hattrick of tries with Outside Centre Jimmy Blazier scoring twice. Flyhalf Kyle Hall made three conversions with the final score ending in a 31-31 draw.

“This game was a big an improvement from our previous games.  We played with more conviction. Our sets were strong and steady, and we ran the ball well,” said Kickers Coach Dan Mills.

On Saturday, October 26th,  the women’s team have a bye while the men’s team will host the Port Alberni Black Sheep at Cumberland Village Park, kicking off at 1:00PM.

Both teams are still recruiting players for the season.  No experience needed.  Practices are held at Cumberland Village Park on Mondays and Thursdays from 6:30PM to 8:00PM.  For more information, please visit comoxvalleyrugby.ca or email cvkickers@gmail.com.