KICKERS COME AWAY WITH 3 BAGS FULL! 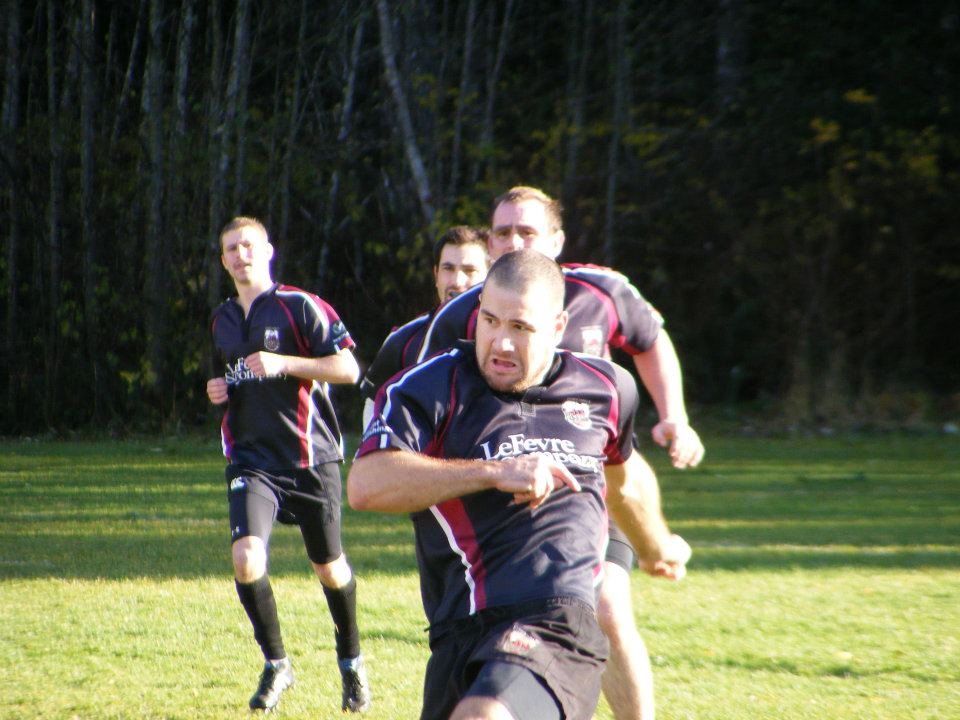 Under sunny skies in Port Alberni, inspired set play produced consistent and timely possession that allowed the Kickers to down an initially spirited and stubborn Black Sheep side 54 - 12. Ross McLean scored 2 trys while singles were added by Pieter Voster, Jake Nessman and Troy Mader. Kickers Man of the Match, Eli Cummins, chipped in with a try and six conversions. A penalty try was awarded to Comox Valley.

Have a look at the slideshow below to see some of the action. Many thanks to Michelle Hamilton for her regular support and attendance at away games, not to mention the  images and videos (the latter is mostly available on our team’s group on Facebook).

This last game of the fall fixtures was highlited by strong Kicker tackling, good support and unrelenting pressure. A great player turnout was icing on the cake for the 9 - 0 Kickers.  (Report by Harry Gaines.)

The Kickers are currently leading the Island Div 3 by a comfortable margin.

SIDELINES:
The Kickers Rugby Club invites all those men and women interested in playing rugby to attend training sessions on Tuesday and Thursday evenings at 6.30 p.m.at the club’s Fallen Alders facility on the Royston/Cumberland Road. For more info, visit our website at http://kickersrugby.ca.The club gratefully acknowledges our team sponsors, Investors Group and Wedler Engineering; along with our club sponsors AFC Construction and Continual Palingenesis – Social Media Solutions. Many thanks also to Bayview Chiropractic, Fluid Bar and Grill and Yummies & Gyros for their community way dollars (cw$) contribution. Without this support rugby would not continue to flourish in the Comox Valley.