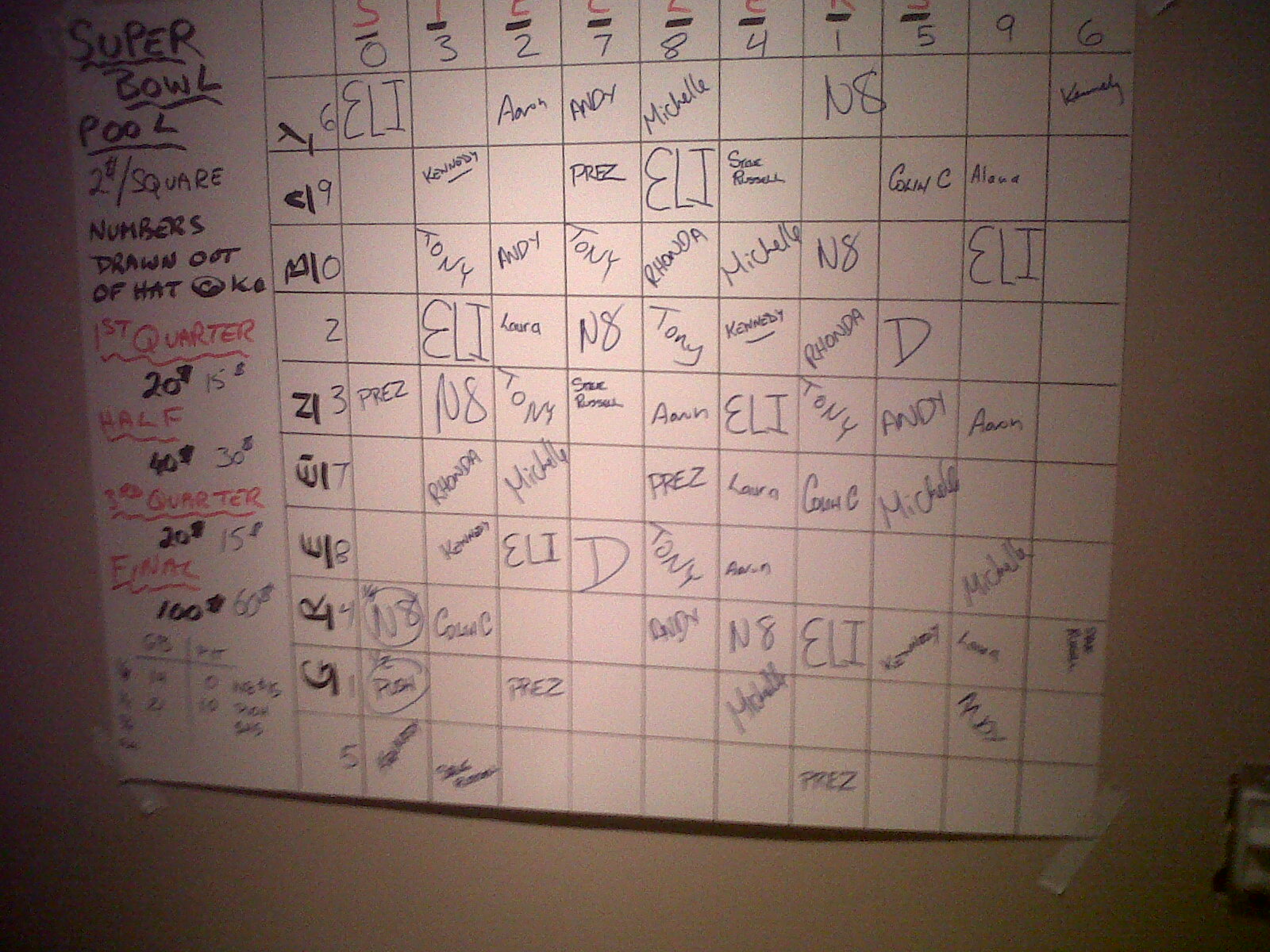 If you are wondering w

hether you were the big winner in the Super Bowl Pool – you weren’t – the club was.

As it turned out, Nathan Holley won the First Quarter score of 14-0 and took away $15. However, for the next three scores: half-time, three-quarter time and full-time, all fell on blank squares, so no one won prizes.

After drawing a blank on the half-time score, the general consensus of those at the party was that the prize money would be “pushed” forward to the next score. So half-time came and went with no winner, so did three-quarter time and even full-time. So despite bigger than usual prizes, all the money stayed in the pot and the club claimed the money.

Thanks to all who participated. Next year, buy more squares and let’s have fewer blanks.

Don't forget the Procrastinators Christmas Party next Saturday night at the Clubhouse.