CANADIAN RUGBY LEGEND MADE AWARDS DINNER A NIGHT TO REMEMBER 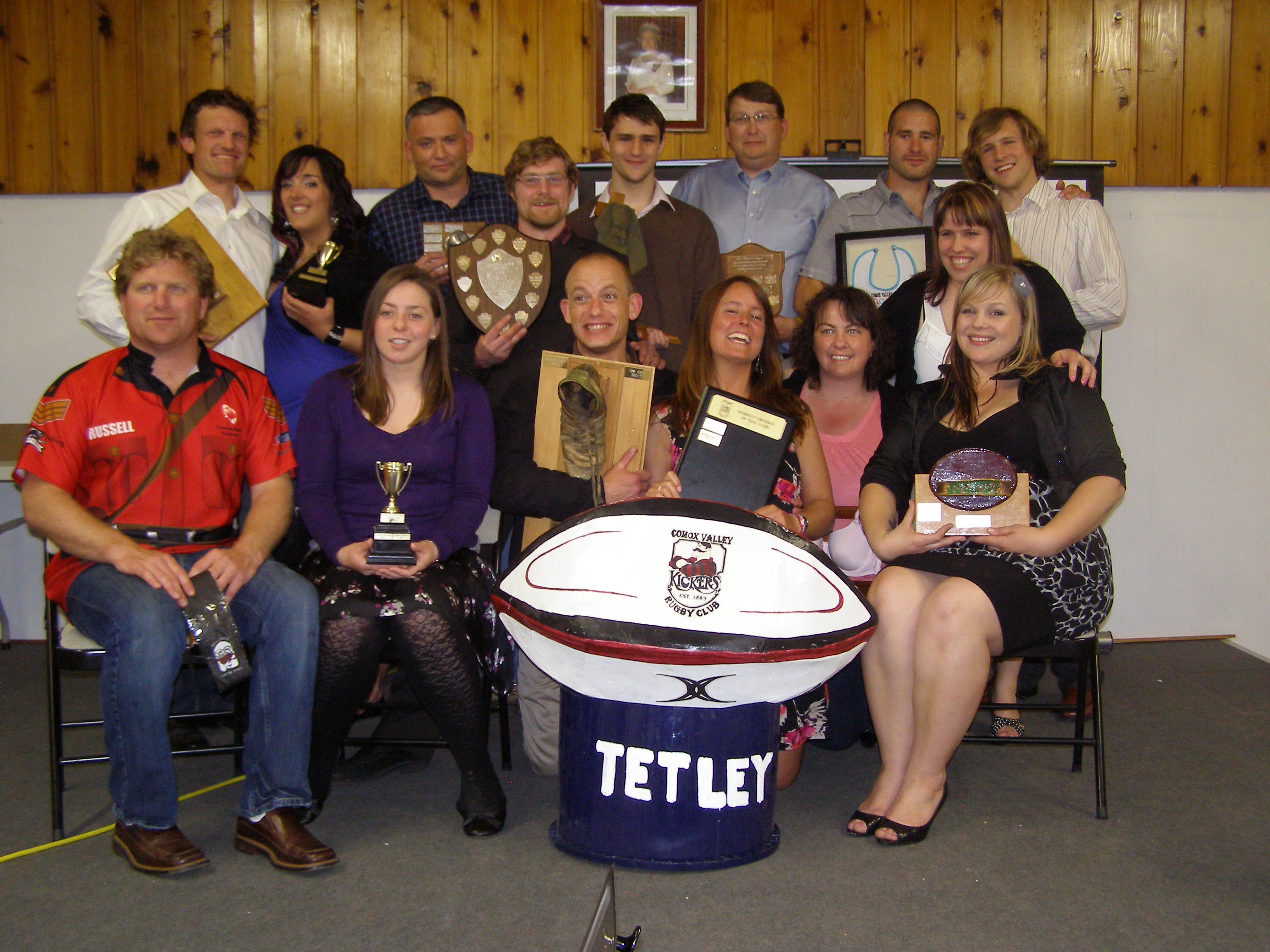 Former Canadian World Cup prop Gary Dukelow enthralled those attending the Comox Valley Kickers Award Dinner on Saturday night at the Fallen Alders Hall. Dukelow, who played fourteen times for Canada, kept his audience engaged relating stories of what it was like to: face the world’s #1 team the famous New Zealand All-Blacks, play for British Columbia when it beat Five Nations winners Scotland, 22-13, in 1985, and what it was like to play professionally in Japan years before rugby turned professional in 1995. Despite these tales of derring-do, the “Duke”, as he is affectionately know in rugby circles, kept reminding his audience that club’s like the Kickers are an essential part of the world’s rugby community for it is clubs like it that are the backbone of the “great” game.

Touching on Canada’s upcoming campaign to the World Cup in New Zealand this October, Dukelow said that Canada needs to go back to what it used to do best, play with the physicality and raw aggression that earned it the reputation it once possessed when it placed eighth in the 1991 World Cup,

a team he was a part of, and have more passion in its play. “We have the bodies we just have to go back to doing what we once did, and we’ll surprise some people,” said the man who once “owned” the Canada jersey with #1 on its back.

Following Dukelow’s talk and after a fabulous dinner prepared by chef Steve Russell, the club set about awarding its prizes for the 2010-2011 season.

Captain Greg Merchant won The Men’s team Most Valuable Player Award; Tony Forth won the Forward of the Year; Doug Wynd the Back of the Year; Andy Hextall for being the Most Determined and Brandon Huddleston took the Bone Crusher trophy for his timely tackles.

For the Women’s team, Laura Lochlin earned the Best Back Award; Aimee Burley Best Forward, Rookie of the year Michelle Hamilton, and Most Improved, Ona Thorington.

In the humorous award categories: Steve Jones won the Silver Apple for his willingness to train and play; Steve Hextall and Eli Cummins shared the KY Jelly Award for their difficulty in catching the ball. On the Women’s team, Susie Gilson took the Pink Bra prize for always keeping her composure and Lindsay Mallette and Morgan Vankarrobroeck shared the Golden Taco Award.

The Comox Valley Kickers will continue playing Mixed Touch Rugby on Thursday evenings from 6.30 onward while on Tuesday and Thursdays a new RASCALS program for children aged from 6-12 will begin at 5.30 on May 31 and run through to July 28th.