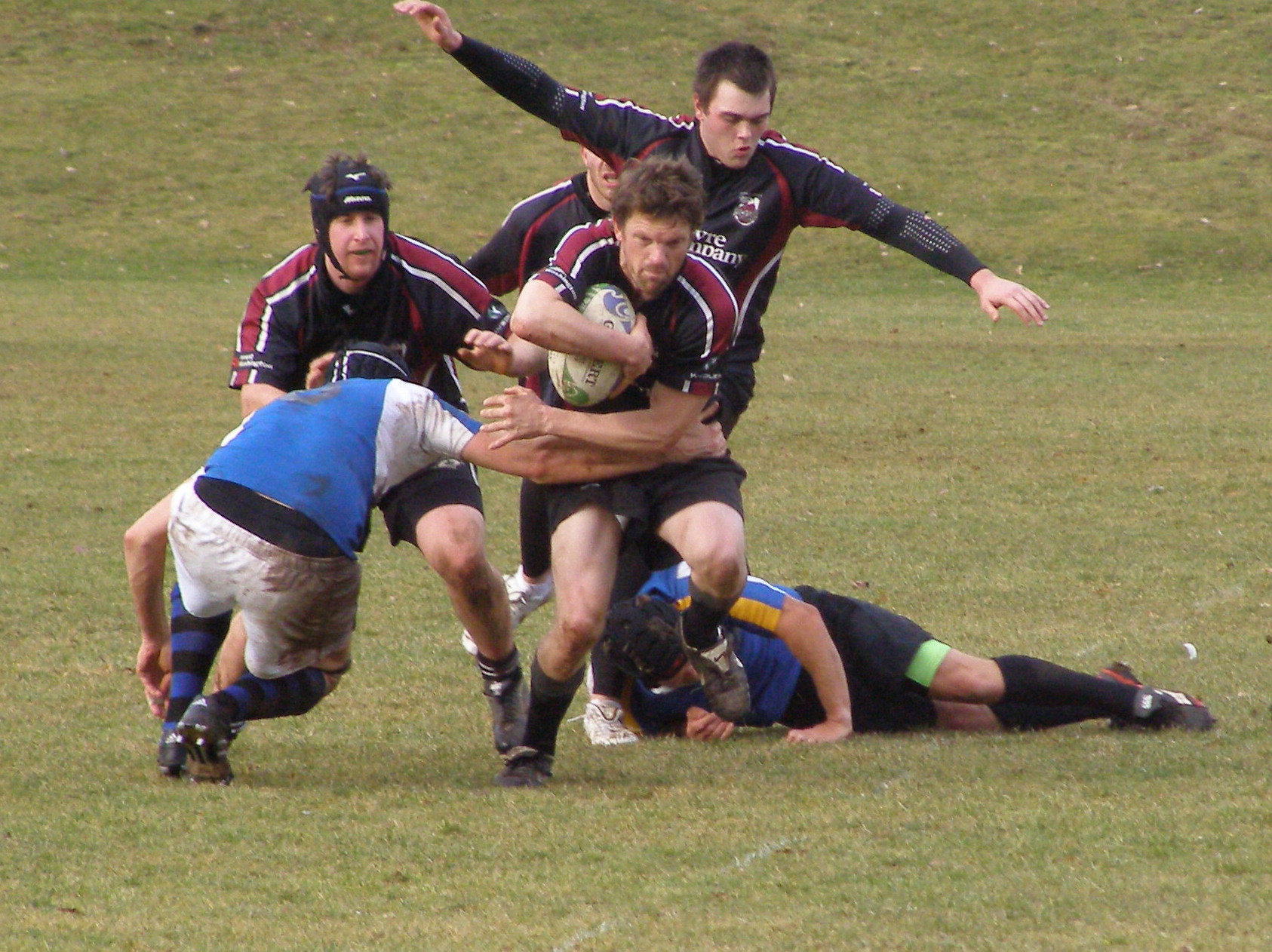 For over a century James Bay Athletic Association rugby teams have been the toast of B.C. and Canadian rugby. Formed in 1886, three years before the Kickers, the “Bays” as they are known have won fifty-four Vancouver Island Barnard Cup championships and a record twenty-three British Columbia Rounsfell Cup Championships. Over the years JBAA has placed more players on the Canadian rugby team than any other club, so, when a team travels to MacDonald Park in James Bay to play the “Bays”, the visitors had better be ready to play their best.

The Kickers Men’s team set off on Sunday morning to play the JBAA with high hopes coming off two early season wins against Saanich, 30-12, and Powell River, 52-0, and got off to a good start when star centre Steve Hextall touched down after a typical “Hextallian” romp through the heart of the James Bay backfield. Wing Ross McLean scored his seventh of the year soon after and with a conversion by Brandon Huddleston and a penalty by Doug Wynd, the Kickers took a 15-7 going into half-time.

In the second stanza James Bay’s experienced older players, many of whom played for James Bay’s Premier sides in their day and some who had even donned a Canadian jersey, took more control of proceedings. First they double-teamed the Kickers most potent player, Steve Hextall, limiting him to only one try in the second-half, which Huddleston converted, and used their bench to effect as they added fresh legs as the game progressed, while the Kickers had limited reserves.

In the end the wily “Bays” eked out a narrow 29-22 win, stopping the Kickers win streak at two games.

“It was a great back-and-forth game,” said Kickers coach Aaron L’Arrivee of the match. “They were tactically smarter than we were and were able to run on substitutes, so fitness told in the end. All in all it was a good learning experience for us and we’ll take lessons from this and move forward.”

The Kickers Women’s team enjoyed a weekend off and will so next weekend when they have a bye, while the Men hit the road again to play the Piggies in Cowichan.

The Kickers Rugby Club invites all those men and womne interested in playing rugby to attend training sessions on Tuesday and Thursday evenings at 6.30 p.m.at the club’s Fallen Alders facility on the Royston/Cumberland Road.