Kickers secure their first win of the season 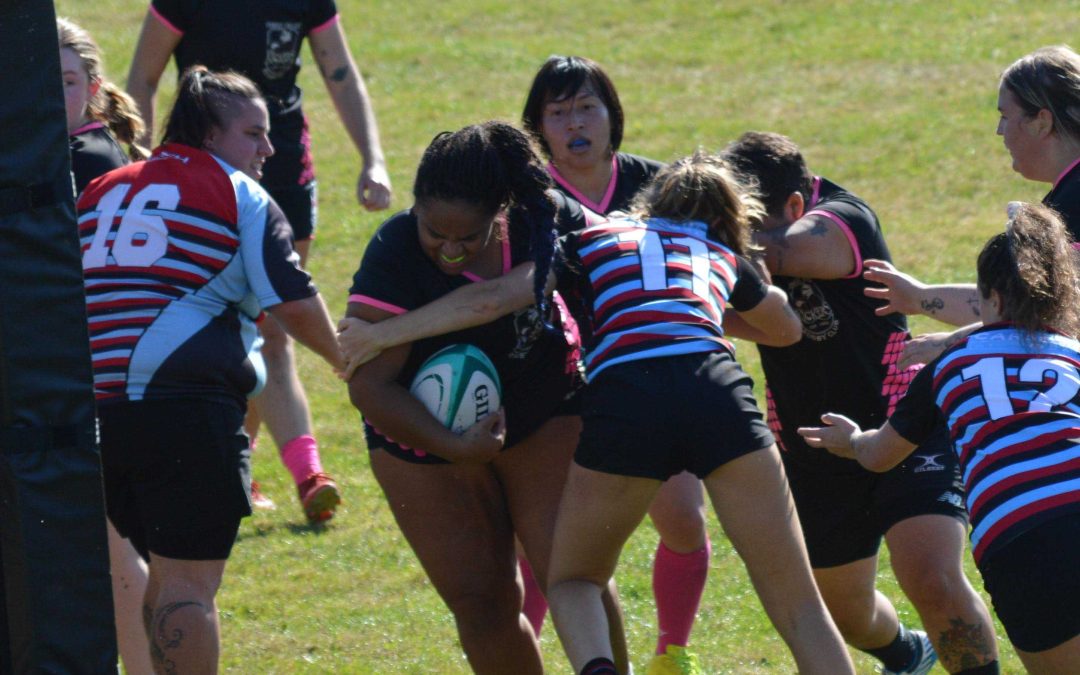 This past Saturday, the Comox Valley Kickers Women hosted the Castaway Wanderers (“CW”) at Cumberland Village Park. This was the second time both teams have played each other this season, but with a different result this time around. The Kickers won 29-26 with Dara DeMarce, Lauren Sargent, Lisa Korcsmaros, Jessica Nikkel and Daris Tendler Forberg scoring a try each. Christina Green-Speck added two converts.

“We came back from an early deficit to take the lead and worked hard at the end of the second half to secure the win. There was a bigger focus on teamwork this game. As the saying goes, you can go faster alone but can go further together,” says Coach Jean-Pierre Lussier.

“We ran better support lines, were strong in the scrums and improved with our rucking. Things are really coming along for the team.”

Regretfully, there was no men’s game as CW Men’s defaulted. There is a league wide bye over Thanksgiving weekend with the league resuming on October 15. The Kickers Men’s Team will travel to the mainland to play against the Surrey Beavers while the Kickers Women’s Team will host a combined side from Cowichan/Westshore.