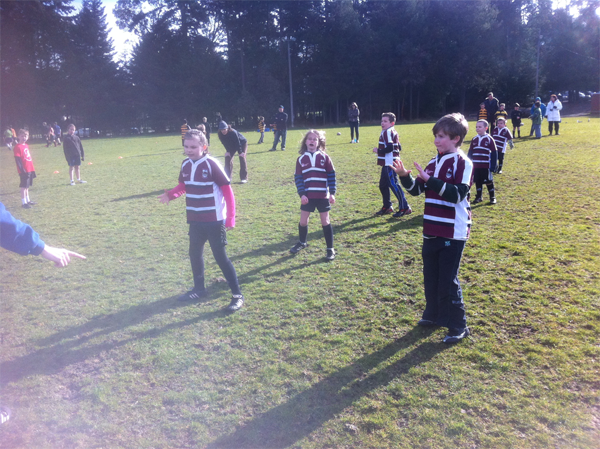 The first jamboree of the season was a good one for the Rascals who joined up with Nanaimo and Cowichan to ensure that every child had ample game time. Aurora McLauchlan ran strongly while her brother Caleb played really well defensively. Young Gage Hennicke-Nasadyk played well and was busy throughout chasing down the ball. Despite playing his first game and joining a team of new faces from Nanaimo, Jackson Dyke played strongly on both defense and the attack (including a try) in all 4 games. Next jamboree will be hosted by Cowichan at Shawnigan Lake, Sunday, April 1st.