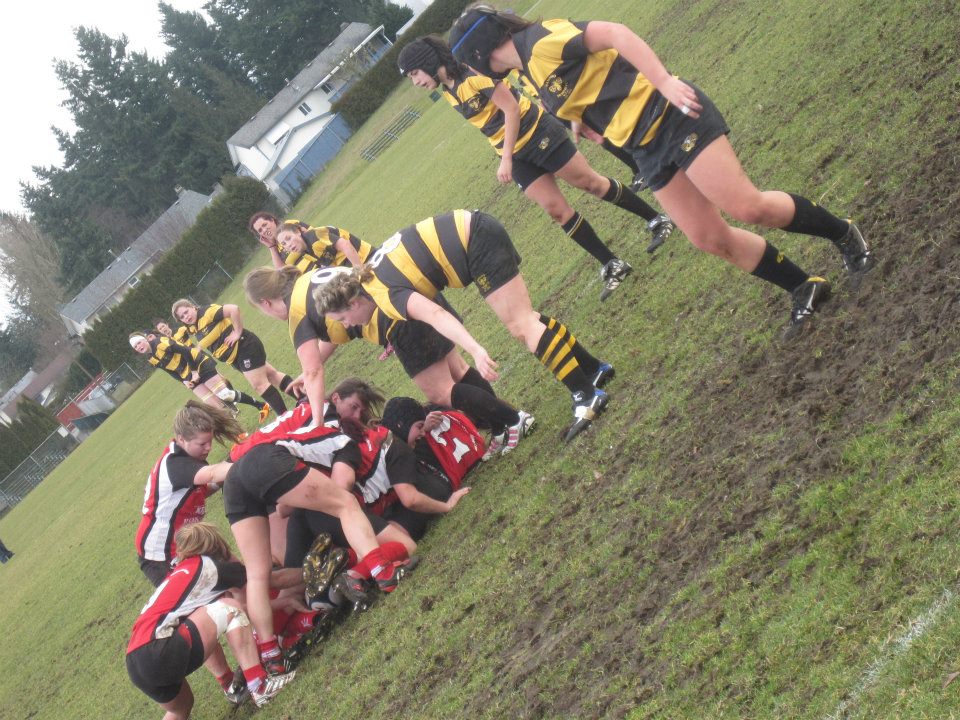 On Saturday February 18th  some of the IG Kickers Women, playing on a North Island first division select team traveled across the water to play United RFC in Coquitlum. Having beaten Abbotsford the previous week under sunny skies the North Island girls prepared for the worse as heavy rain/snow pelted down forcing players and spectators to scoop up excessive field water with garbage cans and wheel barrels.  Luckily the team was able to bounce back from their rough travel and came out firing!

Front row Aimee Burley, Jenna Roy and Susie Gilson dominated the opposition and won every scrum, making the ball easily playable for their backs. Outside center and power runner, Lisa Breuer scored the first try, and set up the next two, passing the ball off to team-mates Brenna Collicutt and Angela Buick. Stand-off Sam Kreeger was awarded a penalty try after being illegally brought down by the United scrum half.  Fullback Arlene McGuff made the conversion resulting in a final 27-0 score.  Women of the match was awarded to Lisa Breuer. The North Island girls proved they were the stronger team and with a 2-1 record, are currently second in the Division 1 standings.

Next league game will take place in Nanaimo, March 10th against Kelowna.

The Kickers women would like to thank Investors Group. Their continuous support is a significant factor in assuring the development of women’s rugby in the Comox Valley.