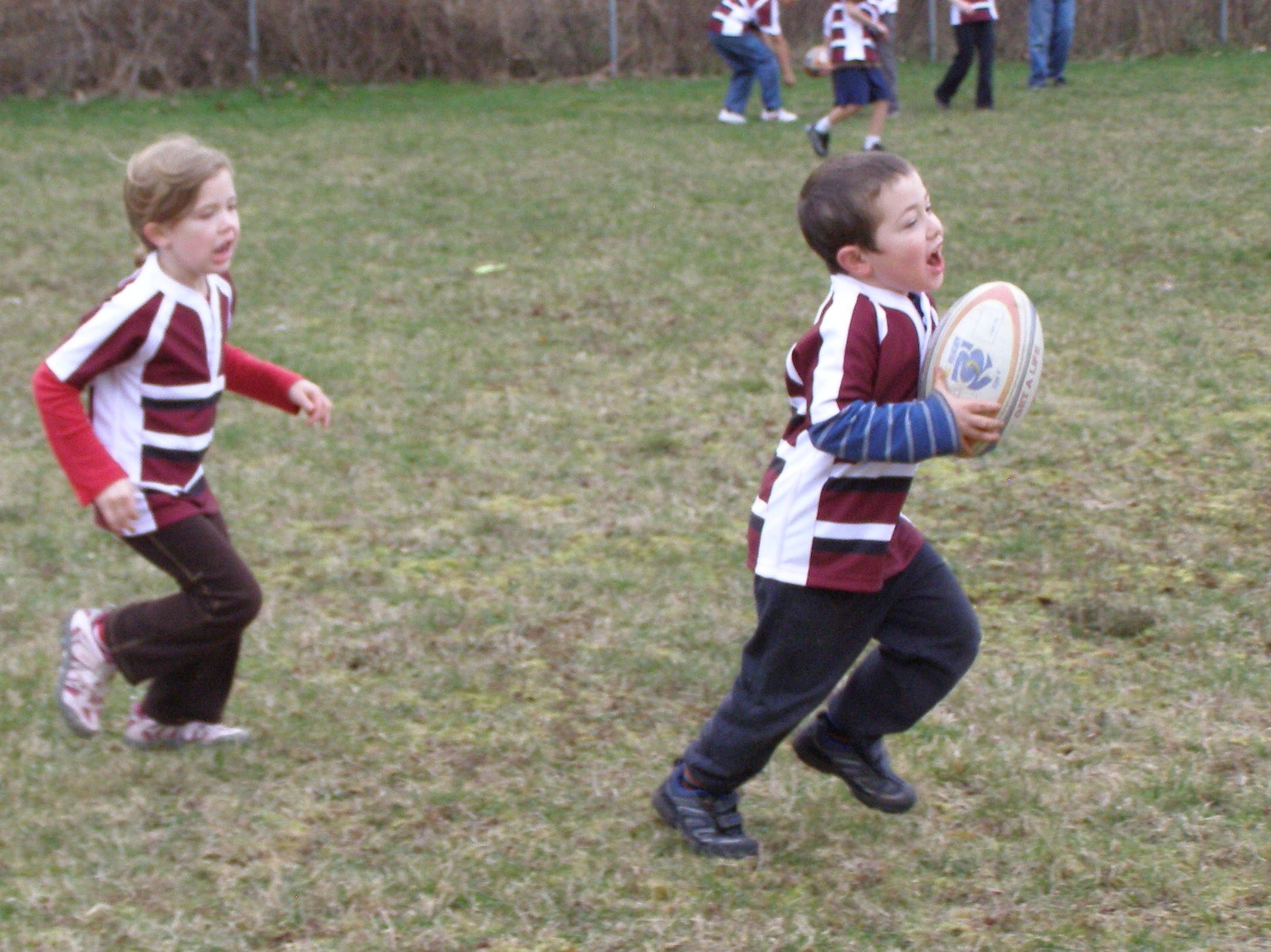 On February 27th the Co

mox Valley Kickers Rugby Club begins its second Mini rugby program at the club’s Fallen Alders facility on the Royston Road. Children, both male and female, aged between six and fourteen are encouraged to sign up for six weeks of fun-filled, non-contact Mini Rugby.

“Last year’s initial program was a huge success,” says Kicker’s Director of Rugby, Colin Chappell. “We had about twenty children and most of them will be returning this year. As well, I have had a good number of parents inquiring about this year’s program, which is very encouraging. The more the merrier.”

Mini rugby involves non-contact and girls and boys play touch rugby together at the lower age levels. They play on a small portion of a full rugby pitch and teams consist of only seven or nine children a-side. The idea is for them to have fun while learning a new sport. The youngsters have the opportunity to enjoy the social side of the game at too, at non-competitive “Mini Rugby Jamborees” involving other clubs. All the coaches are qualified and certified to teach Mini rugby.

“This year we are going to have Under-8, U-10, U-12 and U-14 age groups and registration begins on Sunday, February 27 between 10.30 a.m.and noonat the Fallen Alders grounds. It costs $75 to register and insure each child. Sessions will take place twice a week on Sundays at 10.30 a.m.and on Thursdays at 5.30 p.m.Jamborees are planned at the Cowichan Rugby Club on April 3rd and at the Nanaimo Rugby Club on April 17th.

“I started playing rugby when I was ten years old and have been involved in the game for over fifty years,” says Chappell, who is running the program with the help of some of the club’s Senior, Women, and Junior players. “Rugbyis a life sport and though I stopped playing a number of years ago, I want to give back to the game that has given me so much,” says the man who once played high level rugby in Britainfor the famous Bath Rugby Club and even had a trial to play for his country.

The Kickers Rugby Club continues to make progress and has made some significant advancements over the past few years and now runs very successful Senior Mens’, Womens’ and Junior programs out of its Fallen Alders facility. And thought the players trains at the Fallen Alders field, it plays its games at VillageParkin Cumberland, where the club had its beginnings back in 1889, and as such, can boast at being one of the oldest rugby clubs in British Columbia.

For further information and registration contact Colin Chappell: (250) 207-1125 or by e-mail to chappellcd@gmail.com or check out the Kickers website at www.kickersrugby.ca.