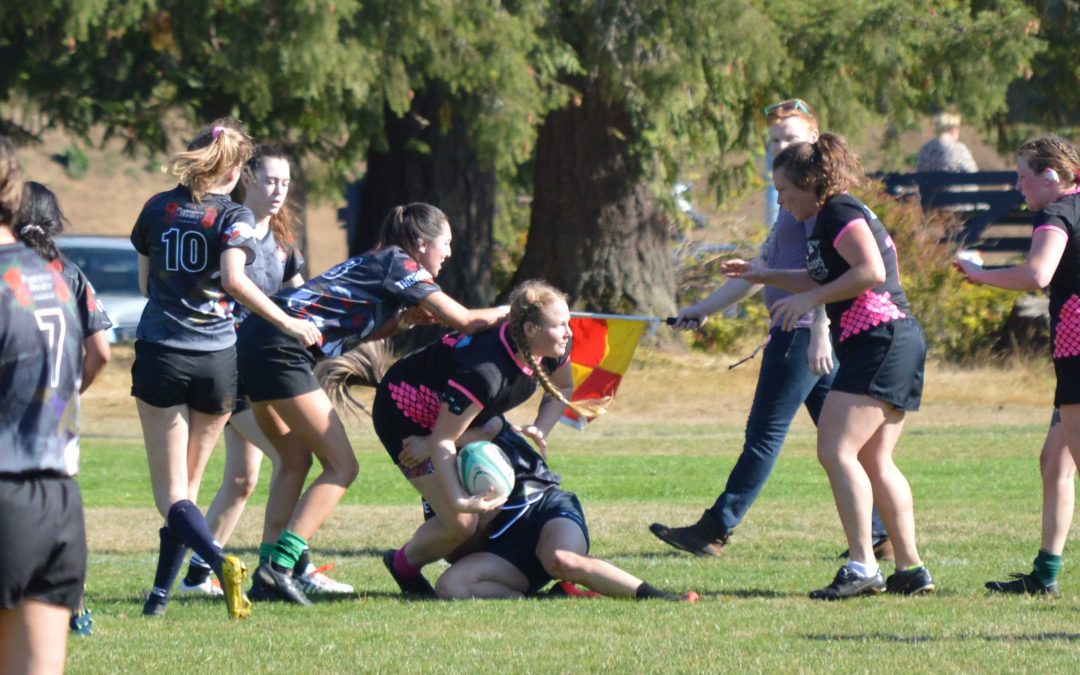 In their first match on the mainland this season, the Comox Valley Kickers Men’s team travelled to Surrey this past Saturday to face off against the Beavers, winning 46-20. Devon Moore (2), Craig Whiley (2), Brandon Hudson (2), Raffael Tonazzi and Derek McCubbin scored tries with Kyle Hall adding three successful conversions.

“It was a very tough initial first 15 minutes. We found ourselves on our back foot often during this time and didn’t really have a chance to possess the ball. After that first 15 minutes, we were able to get into our groove and score a few quick tries with one right before the end of the half, which shifted the momentum of the game,” said Outside Centre Devon Moore.

“We worked hard at the breakdowns and were able to run some plays which resulted in more scoring opportunities. Overall, we were successful at executing our game plan.”

The Comox Valley Kickers Women hosted a combined side from Cowichan/Westshore. With the visiting team travelling light, the game had to be modified to 10-a-side rugby at Cumberland Village Park. The Kickers lost 33-10 with Kaitlyn Hazelman and Chloë Speed scoring a try each.

“Playing 10’s is tough. There is a lot more open space on the field. One missed tackle can result in a big breakaway. The game was more fast paced, and we were caught out of place on defense a few times which hurt us,” says Co-Captain Natalie Nguyen.

“The end result wasn’t what we wanted but there were still good takeaways from this game. We were better at jackaling the ball and had some good runs. We continue to gel as a team. We have two more games left in the regular season with one of them at Cowichan, giving us the chance to improve from this game and get redemption.”