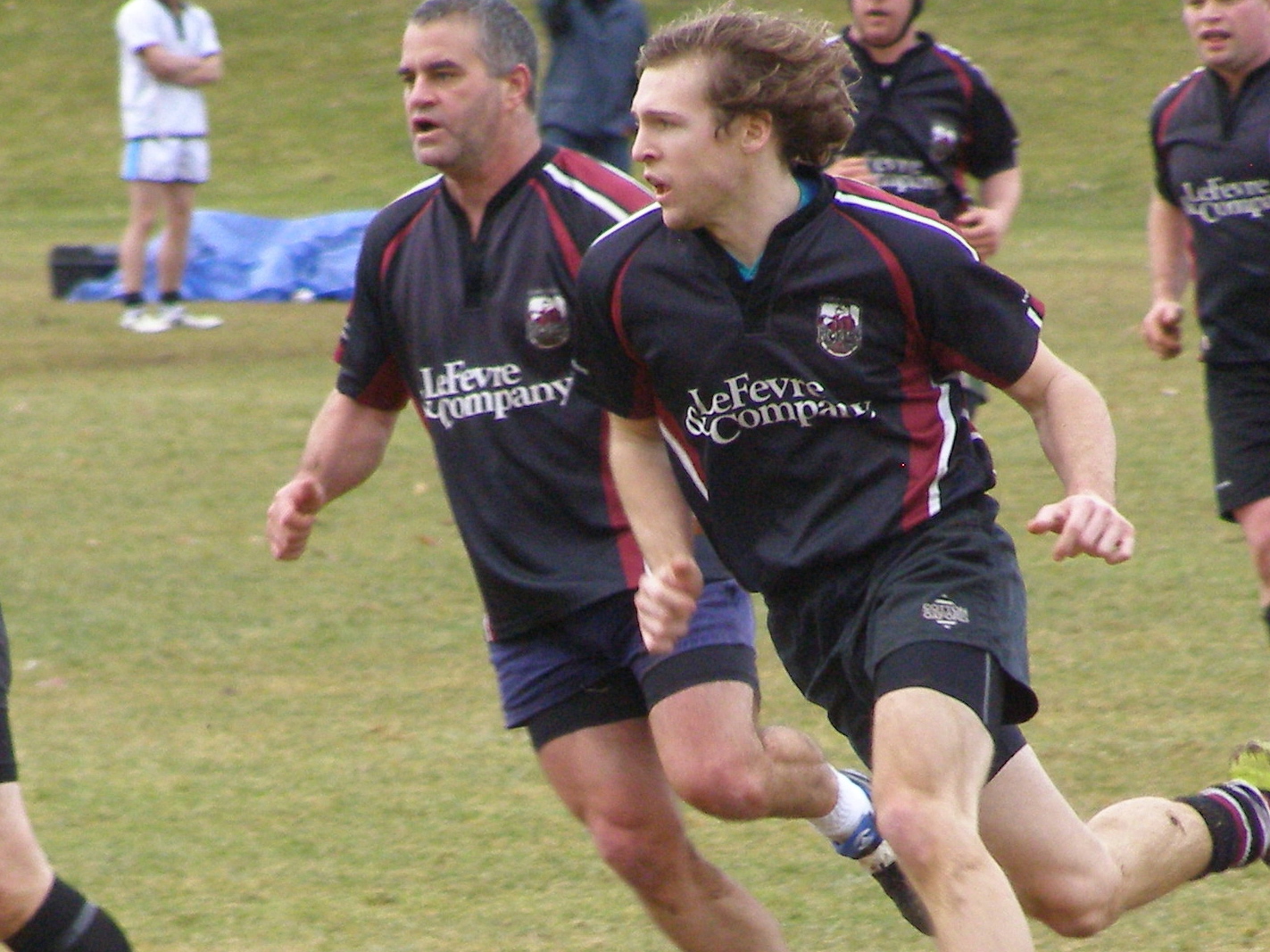 The Comox Valley Kickers ended their 2010-2011 season on Sunday losing the Island 3rd Division Final 24-5 to the league leading Velox-Valhallians in Victoria. Centre Steve Hextall, the Kickers top scorer ran in his team’s lone try, his seventeenth of the season. The loss left the Kickers with a 10-6 overall record for the year and marked the team’s second loss to Velox having lost to the Victoria club 45-10 in the Fall play-offs.

“ It was a tough day at the office,” said Kickers coach Aaron L’Arivee after the game. “We were without some of our reliable regulars Leigh Burley, Doug Wynd and Brandon Huddleston because of injury, and they had some really experienced guys like Kevin Wirachowski in the front row, who gave them a lot of power and experience in the pack.” Former Canadian International Wirachowski won 17 caps for Canada over eleven years from 1993to 2002 and was recognized as one of the best set scrummagers in the game and though he will celebrate his 48th birthday this coming December he continues to be a formidable force in every facet of forward play.

Right from the opening whistle, the home team used their forwards to effect making the visiting Kickers defend for 80% of the game as it enjoyed an enormous amount of possession, The home team held a 12-5 lead at half-time. Just before the break, the Kickers managed a phase of possession that saw its forwards pick and drive to near the Velox line and when scrum-half Greg Merchant passed the ball out to his backs centre Hextall found a way over the line from 20 metres out to record the Kickers lone score.

Despite the loss L’Arivee, who took over as coach in December at the beginning of the Spring season, is not displeased with the progress the club has made under his guidance. “ We have made great strides. Players have bought into what I am trying to do and we playing a more free flowing type of game. We have recorded some big wins because of the new style which players are enjoying.”

In the eight games played his Spring the Kickers have amassed 202 points for against 112 against and over the full season scored 448 points to 239 against.

Following Sunday’s game the Velox players chose Shayne Stuchbery as the Kickers “Best Forward” and Steve Hextall as the “Best Back”.

The Kickers will continue to meet over the summer on Thursday evenings at 6 p.m. at their Fallen Alders facility on the Royston Cumberland Road where they will play mixed touch-rugby. The club has also entered itself in some Seven-a Side Tournaments over the summer months. Check the Kickers web site for details. www.kickersrugby.com

The Club will host its Annual Awards Dinner at the Fallen Alders Hall on May 14th when former Canadian prop Gary Dukelow and 1991 World Cup squad member will regale the audience with stories of his rugby exploits.