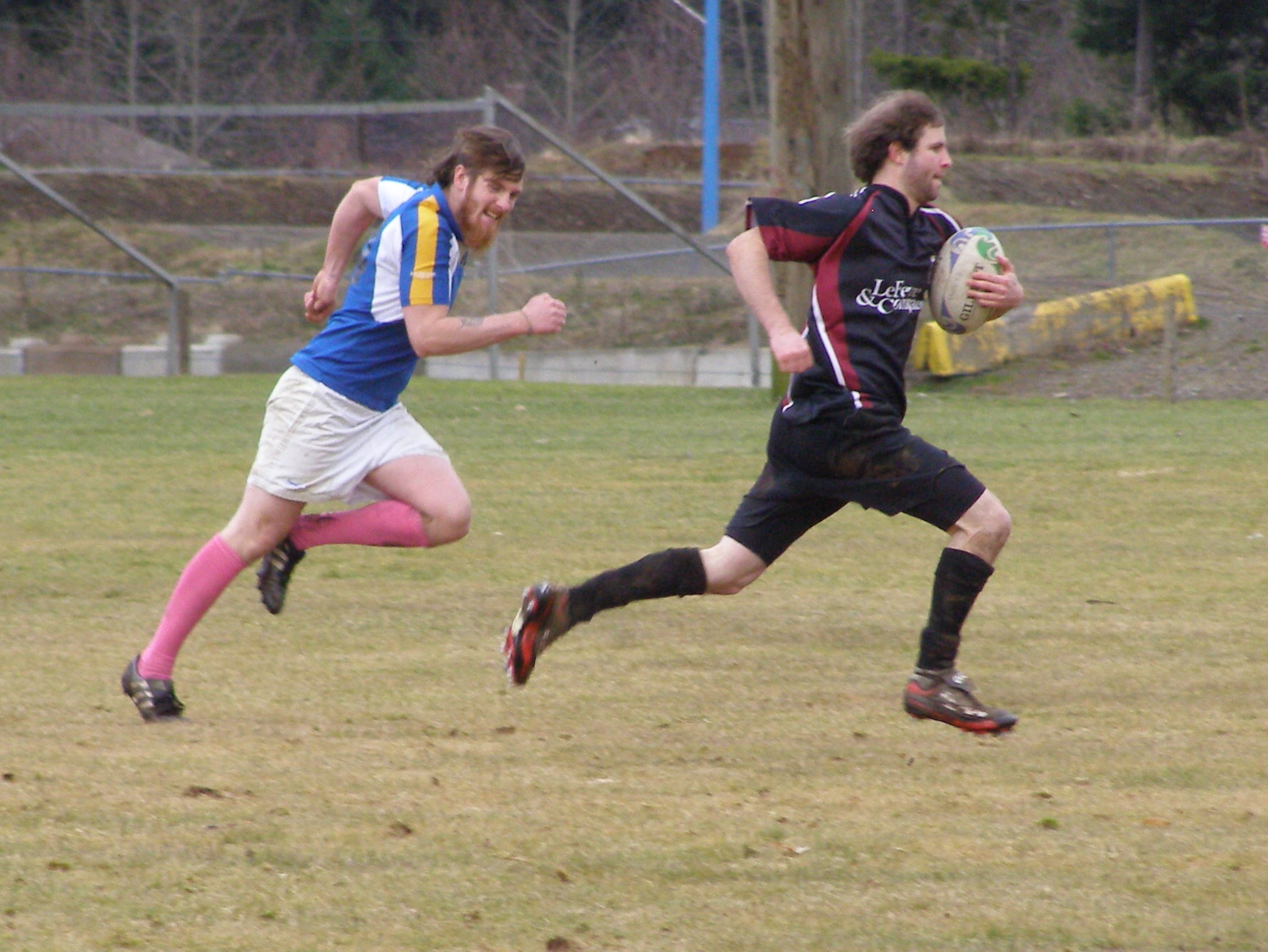 Steve Hextall and Ross McLean both ran rampant on Sunday, scoring hat tricks apiece as the Kickers throttled their cross-Straits rivals the Powell River Otago, 52-0, at Cumberland’s Village Park. For winger McLean, who is new to the Kickers club this year, his three-try effort matched the hat trick he scored two weeks ago in the Spring opener against Saanich, which now gives him six tries in just two games. Despite this exemplary output, veteran centre Steve Hextall notched, not just a hat-tick in the first half alone, but added another try late in the game to give him four on the day, a first for him for the Kickers. Hextall already has a hat-trick from the fall season and twelve tries overall this year making him the club’s overall top try-scorer for the year, however if McLean keeps his pace, Hextall will have reason to worry.

“The back-line played well today,” said Hextall after the game. “The ball was really flying around and gaps opened up that you could drive a truck through. It was good to be back. I have missed not playing,” said he on his first game back from the Christmas break.

The ten-try win, the Kickers second win of the new year, came at the expense of the Otago club that is going through some lean times this year, however despite being overwhelmed the visitors continued to compete until game’s end and indeed played much better in the latter stages than they did at the beginning of the match, while the Kickers did things the other way round.

The Kickers enjoyed total domination in the first half with their forwards providing a plethora of ball for the backs to run with at their leisure and open up a 32-0 lead by half-time.

“We came off the boil in the second-half,” said coach Aaron L’Arrivee after the game. “We need to work on our systems and our decision making skills. Against better teams we won’t be able to get away with some of the things we did today.”

The Kickers take on the James Bay AA club in Victoria next weekend.

The Kickers Rugby Club invites all those who are interested in playing rugby to attend training sessions on Tuesday and Thursday evenings at the club’s Fallen Alders facility on the Royston/Cumberland Road. Men and Women begin training at 6.30 p.m.