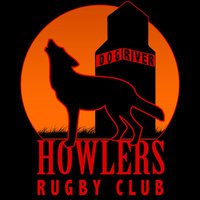 Some bad news is followed by some good news. Stalwart  Dog River Howlers player Thom Dutchak, because of an injury, will not be able to play in Stampede Rugby 7 ‘s in Calgary this weekend. As luck would have it an original Howler(15’s at Missoula Maggotfest 2007 tournament), former Canadian 7’s national team member and current Brantford Harlequin Jordan Kozina contacted me tonight informing me that he had just arrived in Calgary and wouldn’t mind strapping on the boots. Talk about timing!!

Jordan is on a cross-Canada bike trek he dubbed “Trek 4 MS” (www.trek4ms.ca) that started at Tofino, BC on June 15 and he hopes to complete his 9,000 km trek ending at the other extreme part of our country (Port Spear, Newfoundland) by mid September. Jordan said what originally started out as an adventure, he has now decided to dedicate to his aunt Mare who passed away from  Multiple Sclerosis. His 2,000 km journey so far has garnered him some $10,500 for this noble cause, with his final goal being $100,000. The Dog River Howlers will top this amount up by some $500 this weekend .

If anyone wants to contribute to this amazing endeavor please log onto his above web page. He is camping along the way but I know he would from time-to-time appreciate a warm bed to sleep in. Please contact him at 1-289-339 - 9627 or www.trek4ms.ca if you want to welcome him into your home for a night. You may also want to contact your local media as this is a great rugby/humanitarian story.

Jordan is certainly another example of why we Howlers say that “it’s more than a game, it’s a way of life”
Karl Fix - president of the Dog River Howlers Rugby Club – http://www.youtube.com/watch?v=Cq2CLUdzri8 – www.dogriverhowlers.com and Facebook  – http://www.facebook.com/group.php?gid=