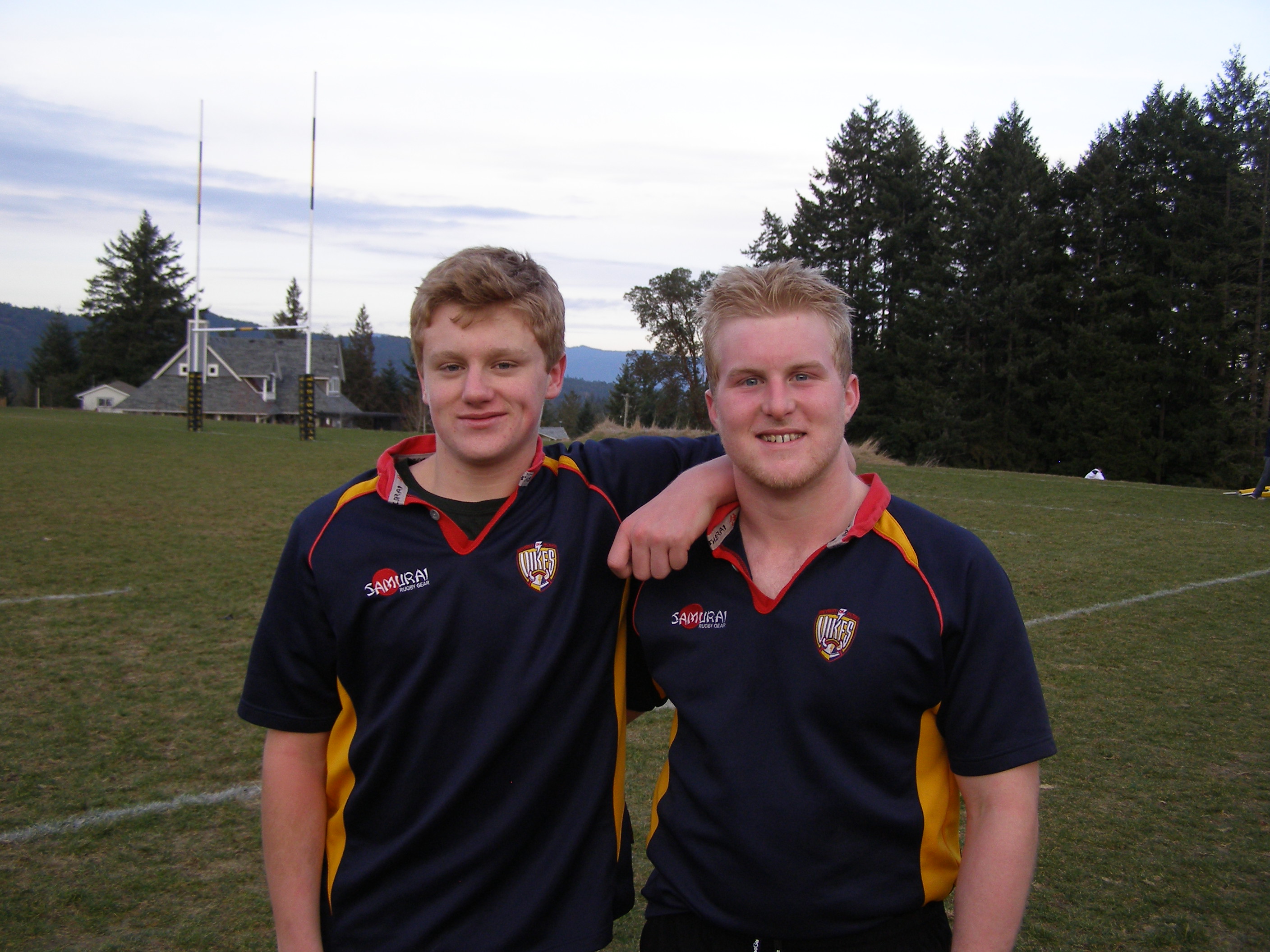 Five members of the Comox Valley Kickers rugby club are on the move this week as they climb into the upper echelons of the rugby world.

Last Wednesday, Connor Willis and Ben Marsh traveled to Shawnigan Lake School to play for the Vancouver Island Select team, captained by Willis, which surprisingly defeated the Canada U-17 “B” team, 17-14. Willis, leading his team from the centre position, had a strong game featuring some tackle-breaking, powerhouse runs that set up tries for his outside backs. Marsh, who played for the North Island Tsunami last season, showed well in his first foray into the higher levels of provincial rugby and didn’t look at all out of place playing in company with, and against, Canada’s best in his age group. Because of his strong performance in this game, it is very likely that Willis will win a place on the Canada U-17 team that will tour England this spring. “The Canada coach, Jim Delaney, came over to me after the game and congratulated me for having a good game,” said Willis, who toured with Canada’s U-17 team to California over Christmas. “That has to be a positive sign.”

Kyle Smith had been slated to play in Wednesday’s game but instead received a call to pack his bags to travel to Las Vegas this weekend where he will join Kicker club-mate Gavin McLean on the B.C. U-17 Sevens team. The Vanier lads will be competing in the desert in a host of Sevens competitions surrounding the International Rugby Board (IRB) World Sevens series event being held in Las Vegas this weekend.

While playing there, Smith and McLean may well end up playing against fellow Kicker, Kieran McCaulay, who has been invited to play for the Dog River Howlers U-18 team, an ‘invitation only’, select rugby team from Regina, Saskatchewan promoted by rugby impresario Karl Fix. The Howlers take their name from the C.T.V.’s ‘Corner Gas’ and tours the world, to places like Cuba and Russia spreading the rugby gospel. This is the first time the Howlers have fielded a U-18 team so McCauley will be making a bit of rugby history.

As these Comox Valley Junior Kickers will attest: rugby is a game that takes you places!