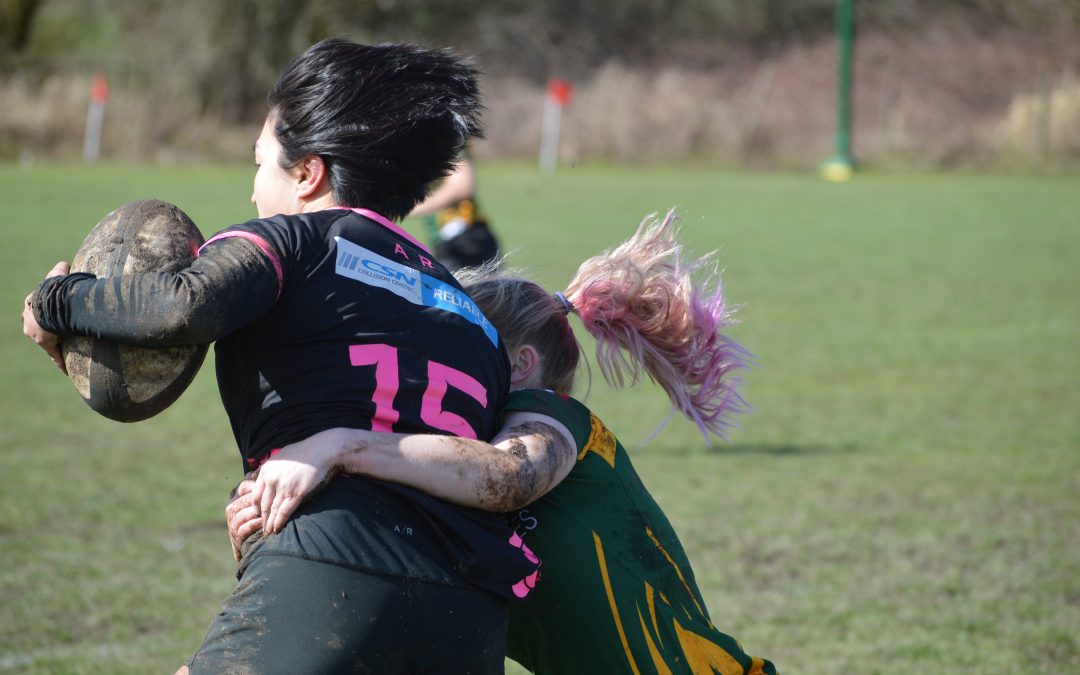 This past weekend saw both Comox Valley Kickers teams travel to the mainland with a doubleheader against the Langley Rugby Club.

“It was a gritty back and forth game, and well-contested from both sides. Our team defended the goal line for several phases during the last 10 minutes and did not allow Langley to score. That drive and determination resulted in a hard-fought victory, and I am very proud of how the team played,” said Coach Dan Mills.

“There was an accident on the highway on the way to Langley which unfortunately ate away at our warmup time. Because of that, we were slow to get going and Langley took advantage,” said team captain Natalie Nguyen.

“We were then able to score in quick succession and had the lead but were ultimately unable to maintain that momentum and allowed Langley to claw back in the final minutes. We had good moments and can be proud of how we played, despite the final score. We have two more games left in the regular season and hope to close out the season on a high note.”

Both the women’s and men’s teams are continually recruiting players. No experience necessary. Practices are held Tuesdays and Thursdays from 6:30 p.m. to 8:00 p.m. at Cumberland Village Park. Everyone welcome. For more information, please visit comoxvalleyrugby.ca.