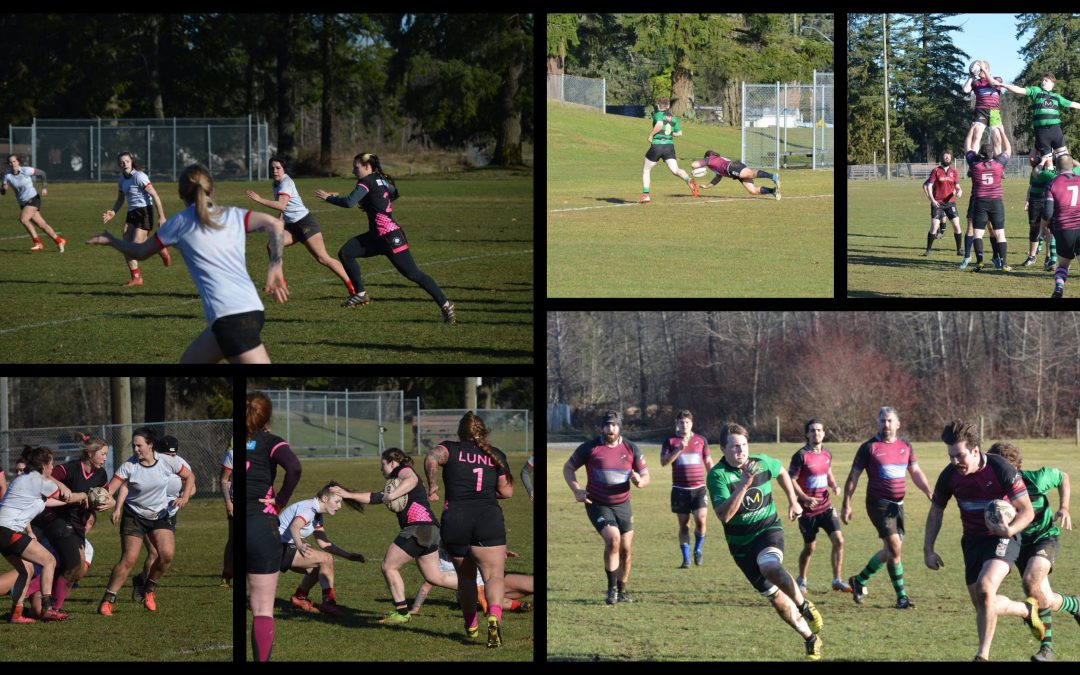 Facing off against Abbotsford, the defending BCRU Division I Champions, the Kickers Women’s team was up to the challenge. The Kickers scored first and never looked back. The whole team played with unrelenting intensity from start to finish. The backline utilized their speed and capitalized on opportunities with Fullback Daris Tendler leading the charge with four tries, Flyhalf/Winger Paula Simpson had three tries and Winger Chloë Speed added one try. With some hard hits and quick rucks, Prop Jenn Lund and Hook Taya Gagnon scored one try each.  Flyhalf Kara Galbraith and Simpson had a combined six successful conversions, for a final score of 62 – 5.

“This was a great win involving an incredible team effort. We played as a unit. On defence, we completely shut down the opposition and on offence, there was always someone in support to keep the ball alive,” says Kickers Coach JP Lussier.

“To do this against last year’s league winners is no easy feat and was especially satisfying. This game is a good indicator of what we can achieve going forward.”

Stepping on the field for the first time this season, the Comox Valley Men’s team found themselves playing defense more often then attacking downfield. It was a very punishing game of rugby, full of big hits and long runs. Flanker Brandon Hudson scored twice, and Winger Kai Mills added a try, for a final score of 15-78.

“Cowichan is a more experienced and seasoned team. When we had possession, we ran well, and our set pieces were sound. With more practices and games under our belt, I believe that we will improve steadily. There was a lot of good takeaways from this game,” said Kickers Captain Brandon Hudson.

The Women’s team have a bye next week.  The Comox Valley Kickers Men’s team will travel to Nanaimo to play the Hornets on Saturday, February 15th.

Both teams are recruiting players for the season.  Everyone welcomed. No experience needed.  Practices are held at Cumberland Village Park on Tuesdays and Thursdays from 6:30PM to 8:00PM.  For more information, please visit comoxvalleyrugby.ca or email cvkickers@gmail.com.