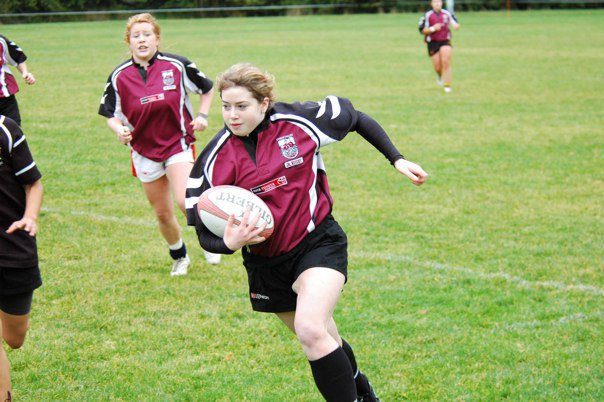 The Velox Valkyries hosted an undermanned Comox Kickers team on Saturday with the Valkyries dominating 51-12.

The Kickers, who were only able to field 12 ladies for the game, just enough to avoid a forfeit, had their roster bolstered by the Valkyries when they loaned them Barbara Mervin, Jessica Dovanne and Lianna Teeter, the term sportsmanship comes to mind when you consider that two of the players, Mervin and Dovanne play for the National team. This gave the fans the opportunity to watch 15 side rugby but also allowed Velox to get all their players some all important game action.

View a full report and pics of the game at: http://islandsportsnews.net/27148/featured/valkyries-dominate-again